Chlorine dioxide has been described as the "ideal" biocide. Recent innovations in safe and efficient delivery mechanisms have allowed chlorine dioxide to be applied to a wide variety of applications. It's now included in many drinking water hygiene programs around the globe. Complete testing has confirmed the safety of chlorine dioxide. This includes extensive studies by the Environmental Protection Agency (EPA) and World Health Organization (WHO).

CLO2 assists in protecting the environment from harmful chemicals, dangerous bacteria and by-products formed from other disinfection methods. Chlorine Dioxide is rapidly gaining worldwide public acceptance. Shield-Tab solutions create the right environment for the chlorine dioxide molecules with a long biocidal effect and long lasting residual, for the right price and in the right packaging. We think that's all you need....

The potential for our technology is far reaching; applications range from drinking water, animal health, food industry, bio security, etc. Almost 80 different claims have been described in EPA literature. In fact, anywhere microbial contamination is an issue, Shield-Tab can be the right choice.

Chlorine dioxide should not be compared to or confused with chlorine!

Chlorine dioxide is very effective in killing pathogens such as fungi, bacteria and viruses. It's a very selective oxidant and reacts mainly with organic substances. The major advantage of chlorine dioxide, in comparison with other oxidants (hydrogen peroxide, ozone and chlorine), is its low oxidation power, in combination with a high oxidation capacity. The combination of low oxidation power and high oxidation capacity makes this product very suitable for relatively safe and easy use in a variety of applications including aquaculture.

How Does CLO2 Kill Bacteria

Few bacteria live alone, they are most often found in water and on surfaces in the form of biofilm. Unlike most biocides, CLO2 can EFFECTIVELY penetrate the layer of biofilm without being used up in reacting with the inert sugars. This allows the CLO2 to act on the bacteria themselves, destroying the biofilm.

CLO2 is ONE of the disinfectants that are effective against Giardia Lambia and Cryptosporidium (protozoa parasites), which causes diseases such as cryptosporidiosis (diarrheal disease) in drinking water.

CLO2 kills microorganisms even whey they are INACTIVE

How Does CLO2 Eliminate Virus A virus typically consists of an outer shell or coating of protein encapsulating a nucleic acid which may be either DNA or RNA. Some viruses may have glycoproteins incorporated into their protein coat; that is; proteins to which polysaccharides (sugar chains) have been attached.

Viruses are eliminated when CLO2 reacts with peptone, a water-soluble substance that originates from hydrolysis of proteins to amino acids.

Chlorine dioxide is MORE EFFECTIVE against viruses than chlorine or ozone. 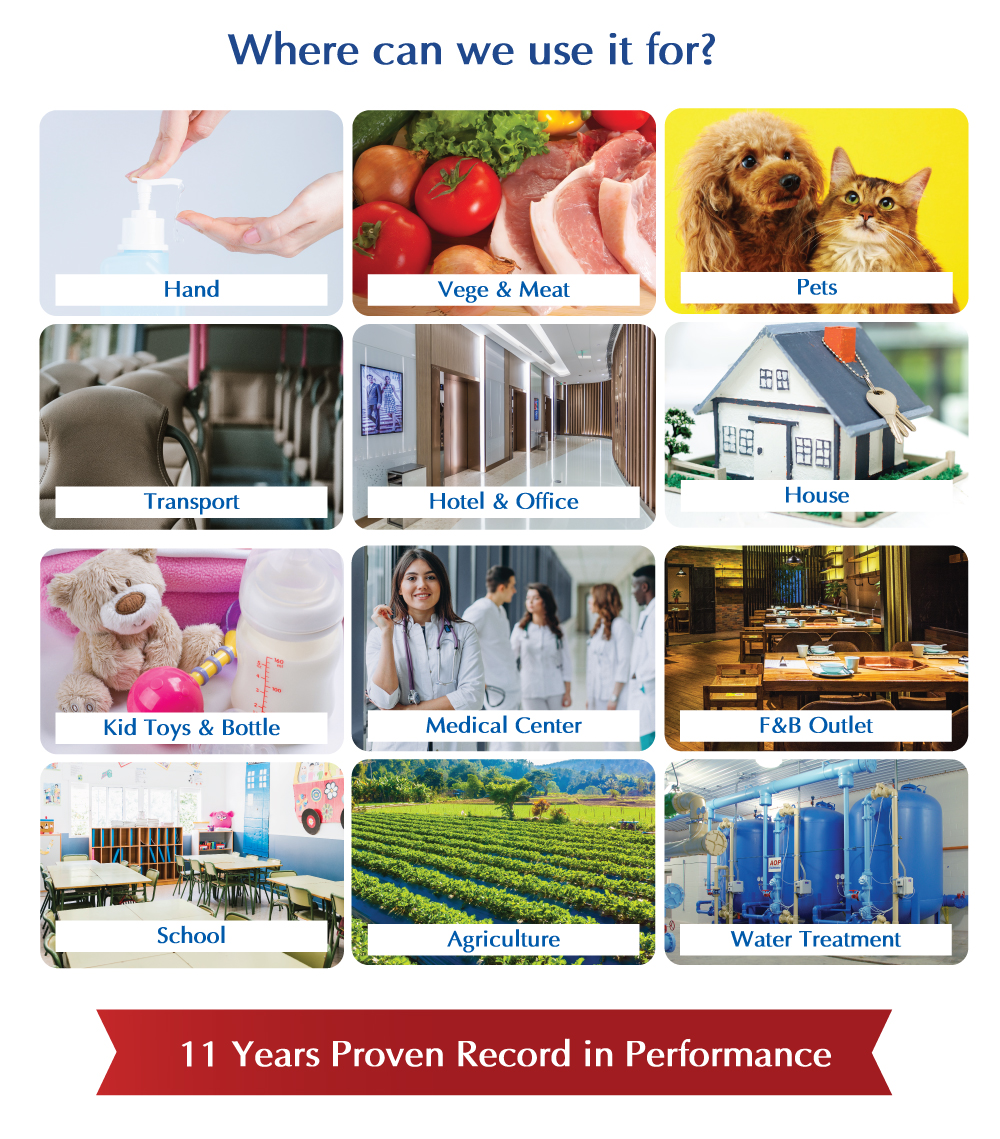